Share a memory
Obituary & Services
Tribute Wall
Read more about the life story of James and share your memory.

Jim was a multi-talented man with boundless interests. He loved the great outdoors and was interested in mechanical and electrical technology. He would always challenge himself by learning new things, and then adapting them. Jim found joy in talking to and sharing with others what he had learned.

A fascination of firearms led to a lifetime of gun hunting which led to bow hunting. He became an avid archer and became a pioneer in bow hunting technology.

He worked on many long-term projects that tested his skills, all things mechanical were his toys, from his 1954 Jaguar XK-120 to his 1953 GMC Greyhound bus that he converted to a motor home. Jim was also involved in many Motor Coach activities learning and helping others enjoy the pastime.

Jim had a remarkably diverse working career with jobs ranging from working at the FBI, repairing exotic cars, and repairing AMI/Rowe jukeboxes. He worked at Friden Business Machines, a Division of Singer for many years repairing very early computers. He retired as coordinator of hourly workforce training for Rochester Products. Jim later returned to the workforce working for Ross Roy which was providing training for the new Chrysler Corporation.

Over the years Jim and Caroline enjoyed many travels. They drove the motor coach across the United States, taking trips along the West and East coasts including driving to and enjoying an entire summer in Alaska. As a result of their travels, they found a place in Rio Hondo, Texas to call home in the winter.

Jim loved to be involved with his community, promoting what was important to him. He was a lifetime member of the Masonic Lodge of Cadillac, a lifetime member of the NRA, and started the Walker Police Department Reserves in 1969. He also helped to set up a program to qualify officers on the pistol range that the Reserves built behind Walker City Hall. Later, Jim was extremely active within his senior community in Texas.

Jim always loved spending time with his family and friends. He will truly be missed.

In lieu of flowers a donation may be made to the Parkinson’s Foundation or a charity of your choice.

Interment will be at Rosedale Memorial Park.

To send flowers to the family or plant a tree in memory of James Stacy, please visit our floral store. 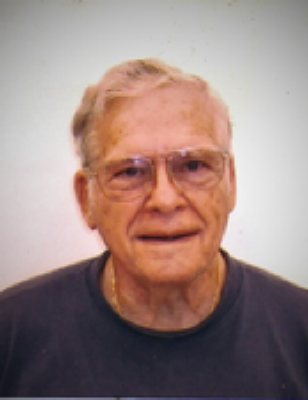 You can still show your support by sending flowers directly to the family, or by planting a memorial tree in the memory of James Stacy
SHARE OBITUARY
© 2023 Memorial Alternatives. All Rights Reserved. Funeral Home website by CFS & TA | Terms of Use | Privacy Policy | Accessibility