Share a memory
Obituary & Services
Tribute Wall
Read more about the life story of John and share your memory.

John Hoult Logie, 81, of Grand Rapids died on August 4, 2021 after many years contending with Alzheimer’s disease. From 1992-2003, John served as Mayor of Grand Rapids, helping to revitalize the city that he loved.

Born in Ann Arbor, John was the middle child of James Wallace Logie and Mary Elizabeth Hoult, fondly known as “Queenie.” The loss of his mother to breast cancer when he was 13 was a defining moment in his life. John was graduated from East Grand Rapids High School in 1957, where he excelled at tennis. He went on to attend Williams College before completing his undergraduate degree at the University of Michigan in Ann Arbor in 1961.

John then joined the United States Navy and served on destroyers in the Pacific. While in the Navy, he also met the woman who would become his wife, Susan Duerr Logie. After marrying in Charlevoix, the Logies reported to the United States Naval Academy where John taught surface tactics to senior midshipmen. While serving at Annapolis, John also earned a Master’s in Personnel Administration from George Washington University in 1966. He then left the Navy to pursue legal studies at the University of Michigan Law School, receiving his J.D. in 1968. John then joined the Warner, Norcross, and Judd law firm in Grand Rapids, where he specialized in litigation and stayed with the firm until his retirement.

Shortly after his return to Grand Rapids, John became active in the Heritage Hill Association, an organization dedicated to the historic preservation of homes on the southeast side of Grand Rapids. John was instrumental in the establishment of the Heritage Hill Historic District which was listed on the National Register of Historic Places in 1971. For the last half century, John and his family have lived in a home that was built in 1892 on Cherry Street in Heritage Hill.

Early in his career at Warner Norcross & Judd, John was selected by Hal Sawyer to research whether President Gerald Ford could issue a pardon to his predecessor, Richard M. Nixon. The team’s conclusion was that case law established that Ford could legally issue a pre-emptive pardon prior to the commencement of criminal proceedings against Nixon. While John felt that Nixon should have faced criminal prosecution, he was proud that his team’s work helped clarify United States law with respect to Presidential pardons.

John ran for Mayor of Grand Rapids in 1991, winning his first election and then two re-election campaigns. His time in office was notable for his commitment to revitalizing the city’s downtown, driven in part by his fond memories of the thriving downtown of his youth, anchored by the Wurzburg’s department store which his great-grandfather had founded. During his time as Mayor, he helped cut the ribbons at the opening ceremonies for the Van Andel Museum Center, Millennium Park, and Van Andel Arena (among many others). John’s leadership also contributed to the downtown area becoming the home for college campuses and leading medical research facilities. John was particularly proud of his work with the Mayor’s Council Youth Foundation and especially enjoyed Mayor's Night Out.

John was also proud of his work developing the Mayor’s Drug Task Force on Drug Policy Reform, which grew out of a 1997 State of the City address in which he called for Grand Rapids to move toward public health-focused responses to drug use and addiction. He was also an early advocate for needle exchange programs to help mitigate the health consequences for people suffering from addiction.

Throughout his twelve years as Mayor, John committed himself to being accessible, available, and responsive to the citizens of Grand Rapids. He enjoyed being out in halls, clubs, and at public events, and engaging with his fellow citizens. John received numerous awards for his professional and public service, but he especially valued his honorary doctorates from Central Michigan University and Ferris State University.

John’s time in the Navy was just one expression of his lifelong love of being on the water. Over his last decades, he sailed from his home port of Charlevoix to many of the ports throughout the Great Lakes. He rose from the rank of “Captain Chartless” to “Commodore Halyard” aboard his Grand Banks trawler, “Maguffin,” named after the Hitchock plot device that ultimately leads nowhere.

Owing to the ongoing health risks presented by the pandemic, there will be no public observance of John’s passing. Those inclined to take a moment to honor John’s memory are invited to make a Manhattan —according to his favored recipe, which is strikingly at odds with all other known recipes, by adjusting the ratios of whiskey and sweet vermouth to half-and-half — and raise a glass. Those sharing an appreciation for John’s love of singing are invited to offer up the first two verses of “The Navy Hymn” or “Blue Bayou” or, perhaps, “Hail to the Victors” in his honor, ideally startling others with the volume and commitment of their performances.

The family will appreciate cards. Those contemplating memorial donations are invited to consider The John H. Logie Fellows Program at Grand Valley State University. Gifts to the Logie Fellowship Endowment may be given online by entering “Logie” at gvsu.edu/giving/funds or by calling (616) 331-6000. Additionally, donations to Compassion & Choices, an organization dedicated to helping to educate, empower, advocate, and defend end of life choices, like the ones John faced in the wake of his Alzheimer’s diagnosis, would be in accordance with John’s wishes. The family gratefully acknowledges the care and support we all received at Faith Hospice at Trillium Woods, whose staff made John’s final days, with his family beside him, as comfortable and peaceful as possible.

To send flowers to the family or plant a tree in memory of John Hoult Logie, please visit our floral store. 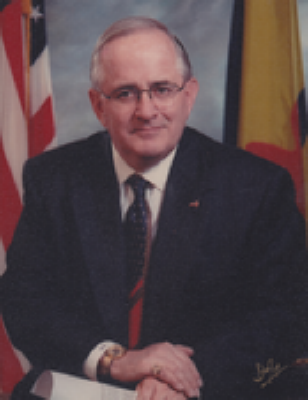 You can still show your support by sending flowers directly to the family, or by planting a memorial tree in the memory of John Hoult Logie
SHARE OBITUARY
© 2023 Memorial Alternatives. All Rights Reserved. Funeral Home website by CFS & TA | Terms of Use | Privacy Policy | Accessibility