Share a memory
Obituary & Services
Tribute Wall
Read more about the life story of Michael and share your memory.

Michael James Alberts-Hewitt, 67, passed away unexpectedly on Jan. 19,2023, in Grand Rapids, MI. He was waiting for a heart surgery to take place on Feb. 6th, which did not happen soon enough. Michael was born in Clare, MI, on April 18, 1955, to Archie and Mary Alberts. He graduated from Marion High School in 1973. He felt fortunate to have had Gloria Goetsch as a guidance counselor/instructor there and as a friend for life. Mike graduated with honors and was an exchange student to Sweden during two different years. He later graduated from the University of Minnesota-Waseca with an AA in Horticulture in 1979, and with a BA in Child Psychology from Metropolitan State University in St. Paul, MN, in 1988.

Mike had a wide variety of work experiences in his career. He helped those who struggled with brain injuries, ran his own bed and breakfast, and provided interior decorating, which included designing the Christmas decorations for the Ford mansion in Detroit. His real love was working his hands in the soil, which he did as a landscape designer and a personal gardener, (a probable skill he learned in his days growing up on the farm.)

In 1999 Mike met his true love, Charles Hewitt. The two were allowed by law to have a legal marriage on May 17, 2009. Many of their years they lived in Independence, MO, until moving to Tucson, Arizona in 2014. Here Mike became an ordained minister for the Community of Christ. Sadly, Chuck died of cancer in 2017, so Mike moved to Grand Rapids, MI, to live with his sister, Connie.

Because he was extremely gifted and creative Mike had many interests which included:   gourmet cooking, gardening (both vegetable and flower), canning and preserving, painting, remodeling, decorating, traveling, and sharing time with family and friends.

Surviving is 5 of his brothers, Bruce (Catherine) Alberts, Dennis (Elaine) Alberts, Steven (Lynn) Alberts, Curtis (Michele) Alberts, and Todd (Teresa) Alberts, a brother-in-law, Dewey Brown, 2 of his sisters, Rosemary (Michael) Outman, Connie Steenwyk, sister-in-law, Cindy Alberts, his father (in-law) George Hewitt, 4 brothers (in-law), Jim (Brenda) Hewitt, Gary Hewitt, Kirk (Mike) Hewitt, and a godson, Alex Minthorn. Mike had so many nieces and nephews (54), great-nieces/nephews (60), and even great-great-nieces/nephews (12) that, while each held special importance to him, are too numerous to list here. He also had many cousins and many, many friends.

Mike was preceded in his death by his husband, Charles Hewitt, his parents, Archie and Mary Alberts, and mother (in-law) Ann Hewitt. He also had lost his brother, Ronald Alberts, nephew Jacob Alberts, and recently his sister, Kay Brown.

A Memorial Celebration of Michael’s life is scheduled for Saturday, March 4, 2023, at the Thornapple River Community of Christ at 8147 68th St, SE, Alto, MI 49302 at 2:00 PM. Please visit https://www.memorialalternatives.com/obituary/Michael-Hewitt to share memories and/or express condolences.

Mike will especially be missed by his nephew Jared, his dog Lovee, and by all who were touched by his spark for life.

To send flowers to the family or plant a tree in memory of Michael Hewitt, please visit our floral store. 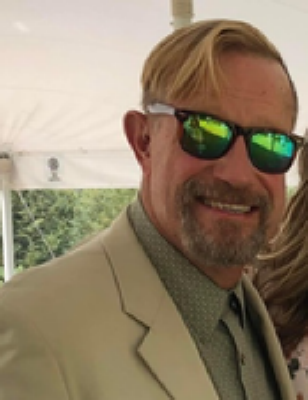